Dominic Calvert-Lewin scored his 11th Premier League goal of the season on Saturday to rescue a point for Everton in a 1-1 draw against struggling Burnley.

Everton were the surprise early season pacesetters in the English top-flight but have lost their way in recent weeks, defeated in four of their previous five league games.

Carlo Ancelotti’s team trailed early at Turf Moor after a fine strike by midfielder Robbie Brady but England forward Calvert-Lewin levelled on the stroke of half-time.

But neither side could find a winner. Everton edged up to seventh in the table while Burnley remained in the bottom three.

James Rodriguez went close to putting the visitors in front early in the second half but was denied by Burnley goalkeeper Nick Pope while England’s Jordan Pickford denied Chris Wood late on with a fine save.

Burnley had scored just four times in their opening nine matches but they went ahead in the third minute thanks to Brady’s low 25-yard strike.

A loose pass on the edge of the area from Everton midfielder Allan was intercepted by Ashley Westwood and he squared to Brady, whose right-foot strike went across Pickford and nestled in the bottom corner.

The visitors came close to levelling when Alex Iwobi’s cross was met by Calvert-Lewin, but Pope made a fine reaction save with his knees.

But Everton were level moments before the break. Burnley’s appeals for a foul on Westwood by Allan fell on deaf ears and the Brazilian found Richarlison, whose first-time cross was turned in by Calvert-Lewin.

Everton were threatening at the start of the second half and only a superb athletic save from an outstretched Pope kept things level.

A well-worked move led to Doucoure playing the ball back to James, whose strike from the edge of the box looked destined for the top corner but Pope was able to get his fingertips to the ball.

Pickford also caught the eye with a late save from Wood before Pope was again called into action to keep out a close-range shot from Gylfi Sigurdrsson. 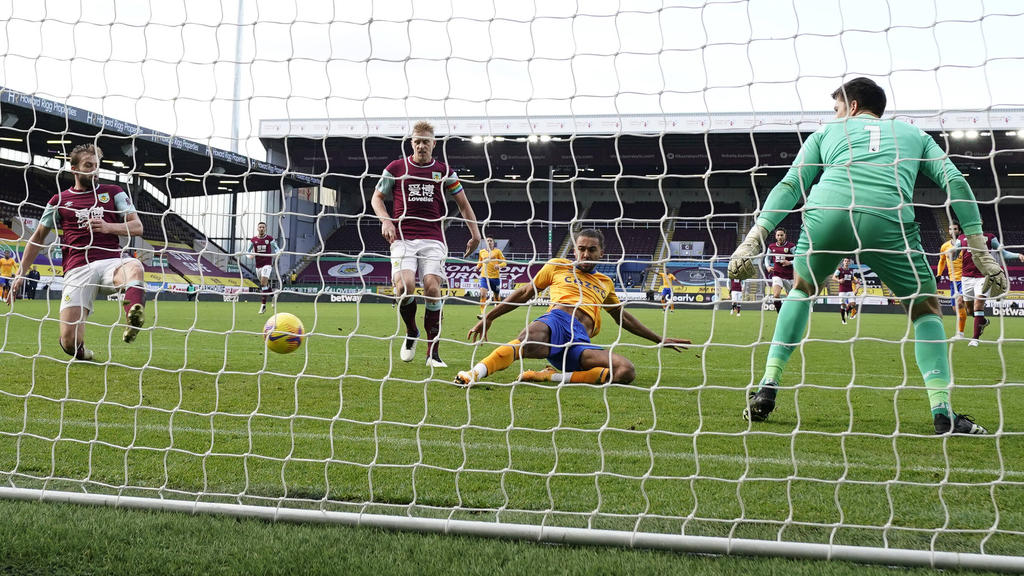